by Andrew Engelson | The Urbanist

In a year when traffic fatalities in Washington state climbed to a level not seen in decades, cities in South King County are experiencing an ongoing, steep rise in serious and fatal crashes involving pedestrians and cyclists.

Though 2022 crash data from the Washington State Department of Transportation (WSDOT) are still incomplete, the trend over the past ten years is disheartening: in the eight largest cities in South King County, fatal and serious injury crashes involving pedestrians have nearly tripled since 2013.

Analyzing data from the WSDOT Crash Data Portal, The Urbanist found that since 2013, eight cities in the south part of the county — Burien, Renton, Des Moines, Tukwila, SeaTac, Kent, Federal Way, and Auburn — have collectively seen the total number of crashes resulting in death or serious injury to pedestrians climb from 33 in 2013 to 95 in 2021. The trend has been on the rise consistently over ten years, hitting a peak of 97 in 2019 and dipping slightly to 70 during the pandemic year of 2020.

This mirrors state trends, said Mark McKechnie, a spokesperson for the Washington Traffic Safety Commission. “We saw a huge increase in pedestrian fatalities, specifically in 2021,” McKechnie said. “They increased as a proportion of all fatal crashes. And I think what’s alarming is that next to drivers themselves, pedestrians are the next largest group to be killed.”

Statewide, pedestrian fatalities climbed from 78 in 2014 to 145 in 2021. The figure for 2022 is 119, but according to Warren Stanley, a crash and data reporting manager for WSDOT, the agency is about three months behind in updating its figures. “We expect to see that trend to continue rising,” he said.

Tanisha Sepulveda, who is disabled, uses a power wheelchair and is co-coordinator for the BIPOC Mobility Action Committee, said that these disproportionate numbers aren’t surprising, considering what she sees as decades of neglect for pedestrian infrastructure in the South Sound. “The sidewalks, curb cuts, and crosswalks aren’t as maintained compared to when you go farther north or in the downtown area,” Sepulveda said. “Being in a power wheelchair, it’s usually much easier for me to use the road because we’re built for wheels.”

A graph showing fatal and serious injury crashes in South King County in 201 to 2022.

Traffic deaths have been on the rise in South King County. (WSDOT)

One especially dangerous road in South King County, according to Sara Wood, King County’s coordinator for the Washington Traffic Safety commission, is State Highway 99. Also known as Tukwila International Boulevard and Pacific Highway South as it runs through Tukwila, SeaTac, Kent, and Federal Way, the multi-lane road is a hotspot for collisions with pedestrians.

“Highway 99 is a huge traffic safety concern for us,” Wood said. As a result, the region was awarded several walker/roller safety enhancement grants administered by the traffic safety commission and made possible with federal dollars. Grants of $180,000 and $102,000 awarded in 2021 and 2022 respectively focused on increased driver enforcement, public education campaigns and observational surveys of driving behavior.

“What they saw was cars going at speeds upwards of 80 and 90 miles per hour,” Wood said. In addition, she said the surveys found that many pedestrians were crossing the highway mid-block — often because intersections and crosswalks can be more than half a mile apart.

Wood said much of the safety commission’s work has focused on driver behavior rather than safe street design, though she mentioned that cities such as Kent, Tukwila, and Auburn are rethinking street design and implementing traffic calming efforts.

Auburn, for instance, in 2022 overhauled its traffic calming plan to take a more robust approach to reducing speeds at intersections and increasing safety for pedestrians and cyclists. The city is looking at a combination of enforcement and safe systems improvements such as speed bumps, curb bulbs, more visible crosswalks, and roundabouts.

Unfortunately, the City of Auburn’s Public Works Department declined to be interviewed by The Urbanist about its traffic calming measures.

The more difficult work of redesigning streets, roads, and highways for pedestrian safety is an expensive project that falls to an array of jurisdictions, Wood said. Adding stoplights, improving intersections, or adding crossings to long stretches of Highway 99 or Benson Highway in Kent are important, but sometimes fall down the priority scale because of cost.

“Intersections are probably the last on the list, unfortunately,” Wood said, “because they cost so much money. I didn’t realize it can cost hundreds of thousands for intersections.”

Sepulveda believes those costs will be necessary if South King County wants to truly increase safety for pedestrians. “If we’re not really building it extensively and in a universal way, then we’re not thinking about every member of the community.”

“Oftentimes, we don’t realize how much of an issue something is until it personally affects us or someone we care about,” she said. “Think about your family members. Think about the elderly. Think about moms walking with strollers. And the disabled, because that can be anybody. Being disabled is the only minority that grows every day, because anybody can become disabled.”

McKechnie acknowledged that the costs of creating truly safe transportation system will not be cheap. But he noted that although the state and county will likely fail to meet their “target zero” goals for 2030 based on current trends, he believes seeking to end all road fatalities is still the correct approach. “If you ask anyone what’s an acceptable number of roadway deaths, most people would say none,” he said. “Especially if you ask them: among your friends and family, how many of them are you willing to see die in a traffic collision?”

This post was originally published on Jan. 10, 2023 on The Urbanist. 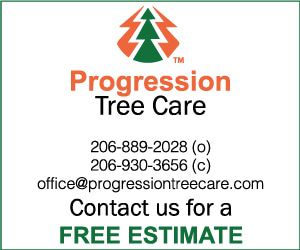